Finally I got my Bash on Ubuntu on Windows and the first thing I tried was Hollywood. Thats an awesome script which turns your lame bash into a fancy hollywood-like bash which consumes all of your CPU power. 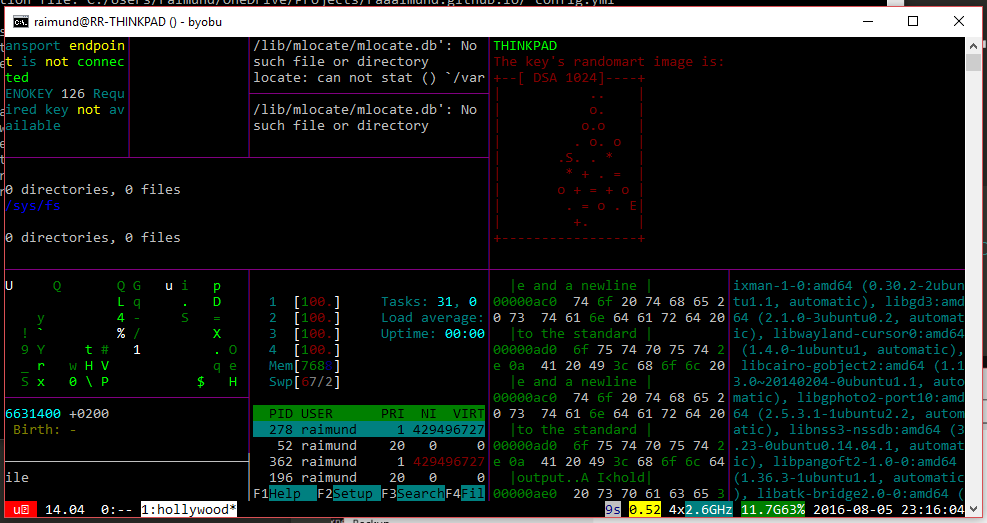 You just have to add a repository which contains the package for hollywood.

To start the magic you just have to run byobu and hollywood in your bash.

To remove byobu and hollywood from your system just use apt-get remove.